AUTOMOTIVE SUMMIT | PRESENT AND FUTURE OF THE EVENT

Automotive Summit is an event aimed at all, personally or corporately, interested in the automotive industry.

1. How do you classify the Automotive Summit 1st edition, hold in Aveiro, back in 2019

Pedro Silva:
To speak about this first event, we have to go back on year, to 2018 or even 2017 when VDA QMV invited us to co-organize the so called VDA Regional Conference. This is (or was, before the pandemic) an event that VDA would organize together with national licensees, on their respective countries and it was for us, as it was the first time a great honor, that we grabbed with both ends. We, OPCO, not only supported VDA in whatever was necessary, as we organized several activities, either in parallel as complementary to the event. At the end of the event, it was huge satisfaction to hear that it had been one of the best organized event VDA remembered. That was the spark that led us to organize the 2019 Automotive Summit.Now, 2019, it was all on our side. Off Course, we invited and got all the support from VDA, as a participant, as well as from our other partnerships, namely Odette International and SMMT from UK.Now, that 2 years have passed we can say it was… great. Just great. We aimed to have around 100 participants and we got more than the double. We were able to organize people coming from several countries and, due to that, we got a massive answer both from participants as from sponsors. It was a day to remember and we can say, it was not only from our side but, as well as from all the participants.

So, answering to your question, 2019 event in Aveiro was a great success and, if it had been sparked from the previous event, this one itself became the beginning of what we can call now “our” Automotive Summit.

2. On 2020, due to the global situation created by CV19, OPCO proceeded with the Automotive Summit online. How do you classify the feedback from the participants?

Pedro Silva:
Well, if 2019 was the beginning, we had to reinvite the beginning in 2020. In fact, until beginning of March 2020 we had all on going to repeat the presential event. The facts started to cascade on us, quick reaction was needed and, at first, we postponed the date. As time went by, it was more and more clear that no presential event would be possible during the next months or year. So, the decision was made, to go online. Did we have that experience? No, no one had, it was all new to everybody but, together, we decided to go ahead and keep the Summit. Date was decided, actions were planned so we only had to choose the best partner to broadcast us, and we find it, with Steven Tob. The only thing I can tell is that, back on that day on October 2020, I should have been the most nervous person on earth but… but soon I realized all of us were as well nervous, including the broadcasting people. Off course we had a few attendance issues but, at the end of the day, with several phone calls, with the figures coming up, we realized what a success it had been. Over 400 connections, people from several countries and a reach that we could have never expected. And, of course, all due not only to our people but mainly to our speakers, some of them also newbies in these online world. What a day but also, what a feedback.

3. This year, 2021, OPCO, with its trademark Automotive Summit, join efforts with two other partners – QFD and Werner Seeger. How did this idea come up?

Pedro Silva:
Well, the same effect that led us to go online on 202 was the same effect that reached all of us. Facing a new reality, a global confinement, and the need to keep our businesses, we start approaching other business partners and other players, all over the world. Several activities come up such as the new paradigm of training that some of our colleagues are pursuing in cooperation, some other are pursuing on their own. One of the topics we launched from the beginning was to spread the reach of the Automotive Summit. At this moment it is three of us, OPCO, QFD and Seeger Calitat, representing 3 VDA Licenses, 3 countries but over a dozen of countries of activity, each company with its own expertise and experience but with one common objective: to grow by allowing other to grow.I explained here our experience but also András and Werner have along and rich experience, not only in terms of automotive business but as well as in terms of promoting this type of events. Joining hands we aim to pass our regional borders and reach a larger range of people, individuals and companies. One thing this pandemic brough us, apart from all the pain and sorrow was the ability to use the technologies, reduce distances, and put more people in contact. That is the way to grow by allowing grow. The 3 of our companies believed on this, today it is the power of 3 but we aim that in future we will be many more in this common effort.

4. In a few words, how do you describe the growth of Automotive Summit?

Pedro Silva:
In terms of growth, the numbers speak for themselves: over 200 people in Aveiro, over 400 participants online. The objective of this International online event is precisely to free ourselves from the dimension of our markets, the dimension of our language and to aim to a much, much larger audience. Of course, all our 3 companies will keep relevant activities in our native languages but, by using the technology and common languages such as English we will be able to give an answer to many people who participated last year and asked: why don´t you are there more sessions in English? This is one of the directions for this year. The other major direction is also to enrich our agenda with international speakers, to give different angles and different perspectives of the automotive industry. Within the 3 partners we will be able to reach other speakers, other subjects, thus enriching the Summit. Also another news, having the International Summit on one day and having our Automotive Summit Portugal, as well as the different local events, we will be able to bring more value to the participants. I am sure that the Summit, as an International and National event will keep growing.

5. What is your ambition for the International Automotive Summit? 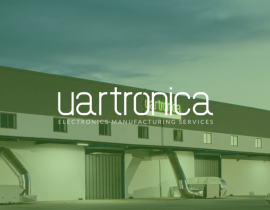 “For our Partners, we are, and must always be, the guarantee of quality and process transparency for their products.” | UATRONIC 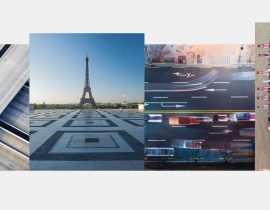 TRUMPF focuses on electromobility and Industry 4.0 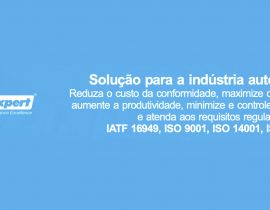 Solution for the automotive industry